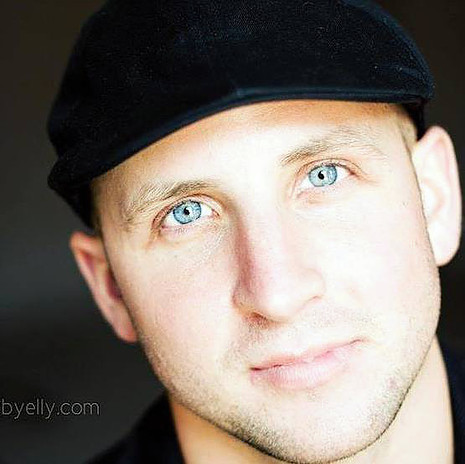 Derek Champagne, CEO of The Artist Evolution, interviews Mathew Proud. Mathew is the Chief Marketing Officer for the revolutionary new app, Friender. Friender make it easy for people to connect with and make new friends with common interests.

Read Part 1 about how Mathew got Friender started and the central idea behind it.

Derek: So Mathew, you’ve got some other stuff going on too though. You’re a Snapchat whizz, tell me about motivation TV.

Mathew: Yes, definitely. Well I’ve got my hands in a lot of different buckets. I like to stay very, very busy and I like to change my mind from one thing to another to just have a little break. So whenever I do have those breaks, I still like to be productive. So I like to do other things, I do other things other than Friender. I run a marketing business underneath my own name. I do a lot of marketing campaigns for clients and things like that. As well as I want to create – let’s get back on the subject here, I want to create something with Snapchat. Snapchat is obviously one of the biggest platforms, it’s not going to get any smaller any time soon and I know there’s going to be a lot of exposure through Snapchat in the near future. As well as a lot of opportunity, being- you know, it’s growing rapidly.

So I wanted to take advantage of that as well as doing things that I love to do, which is just to motivate people. Get people inspired, that’s what I think I’m on earth to do, motivate and inspire people. So I wanted to kind of put both roles together and create a Snapchat channel that features guests from around the world, that are successful in different areas of life. To take over that Snapchat channel to give their best piece of advice, as well as their motivation behind whatever it is we’re trying to achieve.

Just to show other people that they can do whatever it is they want to do in life. I’m trying to get it so every day there’s a new guest from around the world and it’s working out very, very well. People are tuning in, they’re messaging back and forth on the Snapchat, asking the mentors different questions and it’s great, it’s going really, really well. So I’m excited just to see where that goes in the future and it’s something that I don’t have to put a lot of time into. It’s fun and I enjoy doing it, maybe an hour a day and it’s working out very, very well. So I’m excited to see where that goes, a year or two down the road, after Snapchat has taken over the entire world [chuckles].

Derek: That’s really cool and I’ve not seen the Snapchat platform used quite like you’re doing it, so I’m really enjoying seeing how you’re using that tool. I’ve got a bunch of interns running around here and they all use Snapchat and several of our team members do but the majority of listeners and clients that we know are not using it yet. When we do consults, they’re asking us what do they even do with it. So why don’t you give us a little Snapchat 101, kind of give us an overview of Snapchat.

Mathew: Yes, definitely. Especially for business owners, a hundred percent, if you own a business, get on Snapchat. Here’s why; one, it’s rapidly growing, it’s growing extremely fast, it’s not going to get any smaller. Like I was saying, it’s a- it’s free. It’s a free marketing platform, you don’t have to spend any money on it whatsoever and the thing with Snapchat is it lets your consumers, your service, your business, whatever it may be, your following; it lets them on an insider exclusive view of your business. Which makes them feel important and more connected to you one on one. As well as the visibility on Snapchat, is way more than say like Facebook, things like that, unless you’re paying for ads but the exposure on Facebook, if you have a following of 10,000 people on Facebook, a very small percentage of people are going to see that.

On Snapchat, everybody’s opening the stories to see what news you’re putting out there that day. The thing with that too, is they check it instantly because they know it’s going to be done in 24 hours. So you post something there and they’re going to want to see it because it’s not going to be there, your Snapchats that you upload last for 24 hours and then they disappear. So it gives, really, exclusivity to the people that you’re connected with in your business or whatever it may be and it’ll raise sales, it’ll raise connections, it’ll raise your following. So I definitely 100% recommend making a Snapchat account for your business, no doubt in my mind and leading whatever followers you have on other platforms, say Instagram, Facebook; letting them know on those platforms that you have a Snapchat and for them to follow you on Snapchat to see an exclusive insider view of your company or your business.

Derek: So are you seeing companies that are using it to tell some of their own personal brand stories from their perspective, the internal view – are you seeing sales driven businesses using Snapchat for only sales? Or one day sales and things like that or what type of content is most appropriate?

Mathew: It really depends on what your market is. Some people, they’ll be the owner of the business, of whatever business that may be and they’ll just let people in on their daily lives. It won’t even be about their business; they will put their daily lives out there just to make people feel like they’re more comfortable with that individual. They get an inside view of their life itself, not just their business, so a one-on-one connection. Other companies will – say larger companies, they’re obviously not going to have their CEO Snapchatting all day. Like an exclusive insider view of their manufacturing or their marketing, whatever it may be. Insider view of what they’re doing behind the scenes is what really drives the users in. Get out there, it’s a lot of fun, it’s quick and easy, it’s free, it takes a couple of minutes a day, they’re only 10 second snaps, so a couple of minutes a day can really drive up your sales or your influence.

Derek: So how does someone find you on Snapchat?

Mathew: The main thing is, I focus on what I’m passionate about. If I just see an opportunity to like say, make money or something like that, that’s not going to put aside something I’m passionate about. I’ll put that to a side and focus on the things I’m passionate about building and it’s all related back to my mission, is helping people connect, motivating, inspiring, whatever I can find that brings me back to the ‘why’ I’m doing business or whatever it may be. It always comes back to the passion and why I’m doing it and that will overtake anything else that I’m doing. If it’s not connected to what I’m passionate about, I’ll just throw it to the side and not even worry about it. That’s how you can become successful on anything, you have to be passionate about what you’re doing or else you shouldn’t be doing it. One hundred percent, some people will just say, “I’m only going to do this opportunity” or this business or whatever it may be, “just because I want to make money.” That’s usually not going to work out, so focus on what you’re passionate about and it shouldn’t be a problem staying focused, if you’re all in on that.

Derek: That’s good advice. So is there any new technology, anything you have coming up, that you’re just extremely excited about?

Mathew: We’re planning a six-month tour for Friender, all across the entire country, in an RV. Visiting different campuses and stuff, that’ll be right in the middle of all the holiday seasons. So I’m not really necessarily- like for a new tech thing to come out, I’m not really – never really thought about that but what I am excited for, for holidays, is travelling.

Derek: Thanks so much Mathew for being a guest on our show today, those listening can go check out the Friender app, they can look for you on Snapchat under motivationtv, I appreciate you taking the time and enjoy the beautiful weather in Arizona.

Mathew: Thank you very much.